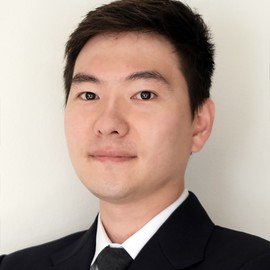 State Medicaid Expansion and the Self-Employed

Lost and Found? Job Loss and Recovery in Rural America during COVID-19

COVID-19 disrupted economic activity throughout the United States in 2020. The employment losses were less severe in rural areas than in urban areas. Both rural and urban areas experienced partial employment recovery in subsequent months but were still significantly worse off through December 2020 than before the pandemic.

Too Cold to Venture There? January Temperature and Immigrant Self-Employment across the United States

[JMP]How much you talk matters: Cheap talk and collusion in a Bertrand oligopoly game

This study investigates the impact of cheap talk on price in a repeated Bertrand oligopoly experiment. Participants are placed in three-person bidding groups where the lowest bid wins. During the first 10 rounds, participants are not allowed to communicate with each other. All three-person groups show decreasing market prices in the first 10 rounds. We then play another 20 rounds where participants can text with one another using an instant message system. Some groups were allowed to text before every round, some to text before every other round, some to text every third round, some to text every fourth round, and some to text only every fifth round. When texting is allowed, All groups attempt to collude to raise the price after being allowed to text. Whether they are successful depends on the combination of how often they can text and whether all three participants actually text.

Employment opportunities and high school completion during the COVID-19 recession

Food production and distribution is essential for human well-being, but the food sector has experienced a number of difficulties maintaining worker health and productivity during the COVID-19 pandemic. We examine employment status changes of persons recently employed in the U.S. food sector with a focus on food manufacturing and grocery stores. We find that the pandemic significantly reduced the probability of continued active employment for previous workers in both food manufacturing and grocery stores. Individual-level analysis confirms that the COVID-19 infection rate in an individual’s local labor market is a strong and significant factor. The employment changes are not just due to unemployment during facility closures. Previous workers increasingly exit the labor force as the severity of the COVID-19 infection rate in their local area worsens. The considerable risk of infection drives many previous food sector workers to stop working altogether. Maintaining worker health and safety is essential for a stable food supply.